A downloadable game for Windows, macOS, and Linux

Seventeen years have passed since that damned spaceship disappeared into deep space. A secret is hidden inside, a horrible and macabre secret that no one must ever discover.

Someone has to destroy this spaceship ... and that someone is you.

THIS GAME WAS CREATED IN 10 DAYS BY A SOLO DEVELOPER

Please, don't download this game if you have heart issues or other particular medical conditions, it's very scary.

I wasn't able to get far because my computer couldn't handle the game, but from what I saw it looks good!

There's a chest that's impossible to loot in one of the terminal rooms (you can see it at 11:47 in Daniel Rain's video posted below.) If I ever get a better computer, I'll swing back around and give this another try!

Update: I watched a Let's Play on YouTube, and my cat was oddly entranced :P She doesn't normally watch screens but I think she liked all the green lighting 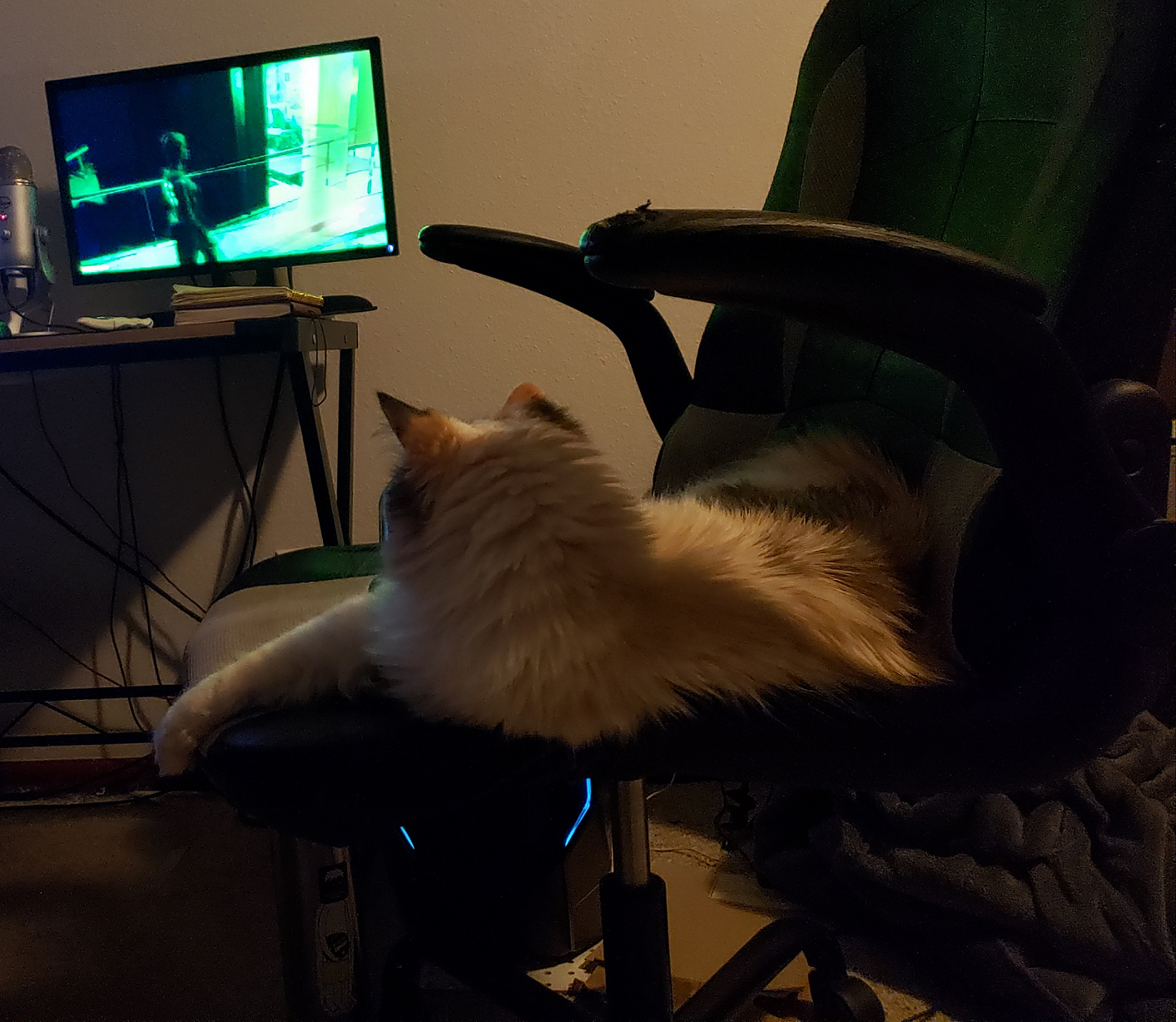 Pros and cons are down below) Check out my vid:

1. I absolutely adore the concept and the lore: the space, the monsters, the spaceship gone crazy, humorous lines here and there - I enjoyed playing the game!

2. The graphics are top hole! I especially enjoyed character animation while aiming. She is very cute btw!

3. The spooks are nice, some of them got me really good! They were well thought and sometimes even unexpected.

1. There are some bugs here and there - you can see them in the video but the main issue is dissapearing of the loot falling from enemies (that happens rarely, so it does not affect the gameplay).

2. In the dark parts it's really hard to navigate the main character. I would really like some lights during these moments just to see the way you are heading (just like at the end - at the end it was very nice)

3. At the start you can go the wrong way so you will be left alone with a monster and without a gun. Maybe that was not suppose to happen?

Overall: I had a blast playing this game! At start, I didn't like the dark part playing it, but when I watched the vid, I realized that this part is actually awesome. It creates such a sense of suspense and tension. During the whole game I was tense and ready for anything, still the game got me several times. I rate it 5/5. Maybe in the future adding some kind of voice acting would be nice or at least the sound of the text appearing - maybe that could be a nice addition.

Hope my feedback was useful!

Looks like the Dead Space games inspired the 3 green glowing back light on the character, from the few screenshots to the right on here show.

Those warnings in the description are twisted af

A lot of people told me that's very scary, so i think it's important to warn people about the game...am i wrong?

ofc, just saying this game has got to be especially spoopy to merit those warnings :p

Oh trust me it is lol :P 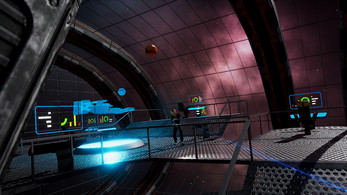 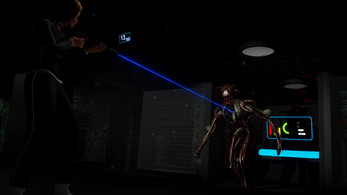